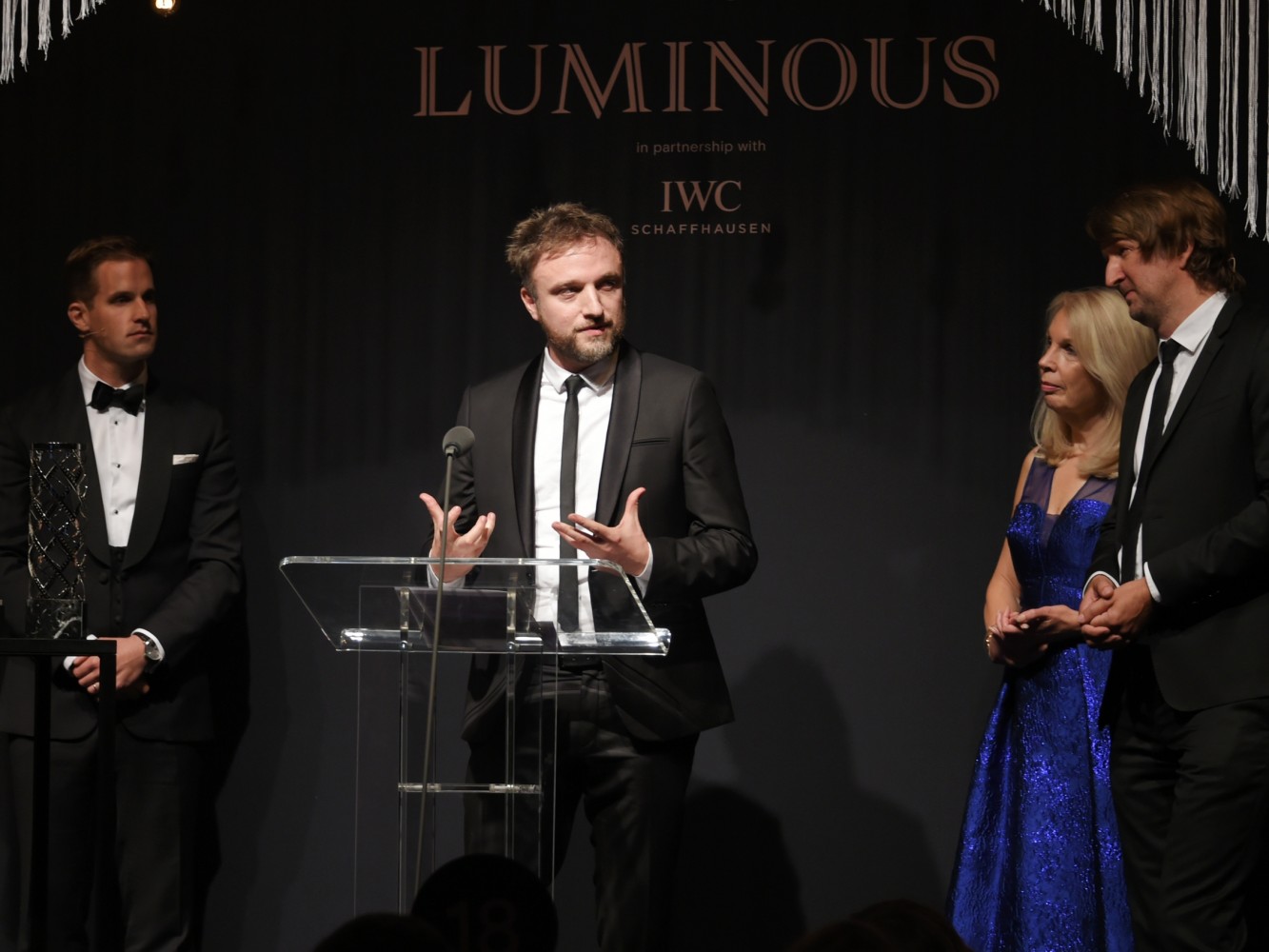 London, Wednesday 4th October 2017 – Stars from the UK’s film and television industries gathered in support of BFI LUMINOUS, the biennial fundraising gala presented in partnership with IWC Schaffhausen. LUMINOUS’ special guest speaker Oscar®-winning actor Tilda Swinton was amongst a host of luminaries including Sir Patrick Stewart who came together to celebrate UK film, raise money to ensure young people from all backgrounds can engage with the medium, and champion new talent and emerging filmmaking voices. The evening culminated in the award of the coveted IWC Schaffhausen Filmmaker Bursary Award in Association with the BFI to Daniel Kokotajlo, one of the UK’s most exciting new filmmaking talents. At £50,000, it is unique and one of the largest prizes for the arts in the UK, offering talent at the beginning of their career the gift of time, allowing them to grow and develop.

A charity with education at its heart, the BFI is committed to embedding the love of film for the next generation and to create new opportunities for young people.

LUMINOUS Guest Speaker Tilda Swinton said: “The BFI is not about profit motive or wealth creation. It’s about the voices of our next generations, inspired and encouraged and informed by ours and those before us – now over a hundred years’ worth of encouragement – to film the world around them, weave the shapes of their narratives and what they see through their own eyes, standing in their own shoes. The BFI holds both the past and the future in the same gesture of reverence and respect: films getting made by inspired individuals need company, need context, need the embrace of knowing just how many ways there are to screw in a light bulb, skin a cat or prepare for battle. The archive builds the house: our filmmakers – past, present and future – light it up.”

Daniel Kokotajlo was presented the Bursary Award by IWC Schaffhausen CEO Christoph Grainger-Herr, who selected the winning filmmaker with Oscar®-winning director Tom Hooper and Amanda Nevill, CEO of the BFI. He was shortlisted alongside Rungano Nyoni writer/director of “I Am Not A Witch”, and Michael Pearce writer/director of “Beast”, from the UK-based directors or writer/directors with their first or second film in Official Selection at the BFI London Film Festival in Partnership with American Express®.

CEO of IWC Schaffhausen Christoph Grainger-Herr comments: “With his debut ‘Apostasy’ Daniel Kokotajlo has created an immensely powerful, yet restrained and strikingly thought-provoking film. Apostasy portrays the philosophical struggle between religious and social norms on the one hand and the reality of modern life on the other. Through his work Daniel raises important questions at the heart of our society. We are proud to present the IWC Filmmaker Bursary Award in Association with the BFI to a winner who adds such originality and truth to his storytelling.”

The star-studded gala was held in the Gothic splendour of London’s Guildhall, on the eve of the BFI London Film Festival. Josh Berger, BFI Chair and President & Managing Director, Warner Bros. Entertainment UK, Ireland and Spain, and Amanda Nevill hosted the evening, with Jonathan Ross as Master of Ceremonies. Guests were also treated to an intimate live performance by Birdy. 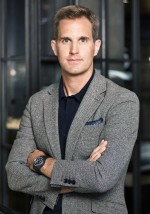 With his debut ‘Apostasy’ Daniel Kokotajlo has created an immensely powerful, yet restrained and strikingly thought-provoking film. Apostasy portrays the philosophical struggle between religious and social norms on the one hand and the reality of modern life on the other. Through his work Daniel raises important questions at the heart of our society. We are proud to present the IWC Filmmaker Bursary Award in Association with the BFI to a winner who adds such originality and truth to his storytelling.

Writers, directors, and writer/directors who identify themselves as British and have a first or second fiction feature film premiering in Official Selection at the LFF are eligible for the Award. Filmmakers need to submit a 150 word biography, a filmography, a précis of the projects they are developing and a statement setting out how they would use the bursary award to help their future development in film.

IWC SCHAFFHAUSEN
With a clear focus on technology and development, the Swiss watch manufacturer IWC Schaffhausen has been producing timepieces of lasting value since 1868. The company has gained an international reputation based on a passion for innovative solutions and technical ingenuity. One of the world’s leading brands in the luxury watch segment, IWC crafts masterpieces of Haute Horlogerie at their finest, combining supreme precision with exclusive design. As an ecologically and socially responsible company, IWC is committed to sustainable production, supports institutions around the globe in their work with children and young people, and maintains partnerships with organizations dedicated to environmental protection.

LUMINOUS
LUMINOUS 2017 will raise vital funds for the BFI to develop its work in film education, using the BFI National Archive, one of the world’s richest film collections and a unique resource, to teach and inspire the next generation of film talent. A biennial gala, LUMINOUS takes place on the eve of the Opening Night of the BFI London Film Festival (LFF). The evening will include an auction of unrivalled film experiences and prizes, open for public bidding in September. As the funding environment for arts organisations remains challenging, LUMINOUS is at the heart of the BFI’s ambitious fundraising strategy to ensure the UK’s rich heritage of film and television is protected and the talent of tomorrow are inspired and given opportunities to thrive.

THE BFI
The BFI is the lead body for film in the UK with the ambition to create a flourishing film environment in which innovation, opportunity and creativity can thrive by: – Connecting audiences to the widest choice of British and World cinema – Preserving and restoring the most significant film collection in the world for today and future generations – Championing emerging and world class film makers in the UK – investing in creative, distinctive and entertaining work – Promoting British film and talent to the world – Growing the next generation of film makers and audiences The BFI is a Government arm’s-length body and distributor of Lottery funds for film. The BFI serves a public role which covers the cultural, creative and economic aspects of film in the UK. It delivers this role: – As the UK-wide organisation for film, a charity core funded by Government – By providing Lottery and Government funds for film across the UK – By working with partners to advance the position of film in the UK. Founded in 1933, the BFI is a registered charity governed by Royal Charter. The BFI Board of Governors is chaired by Josh Berger CBE.