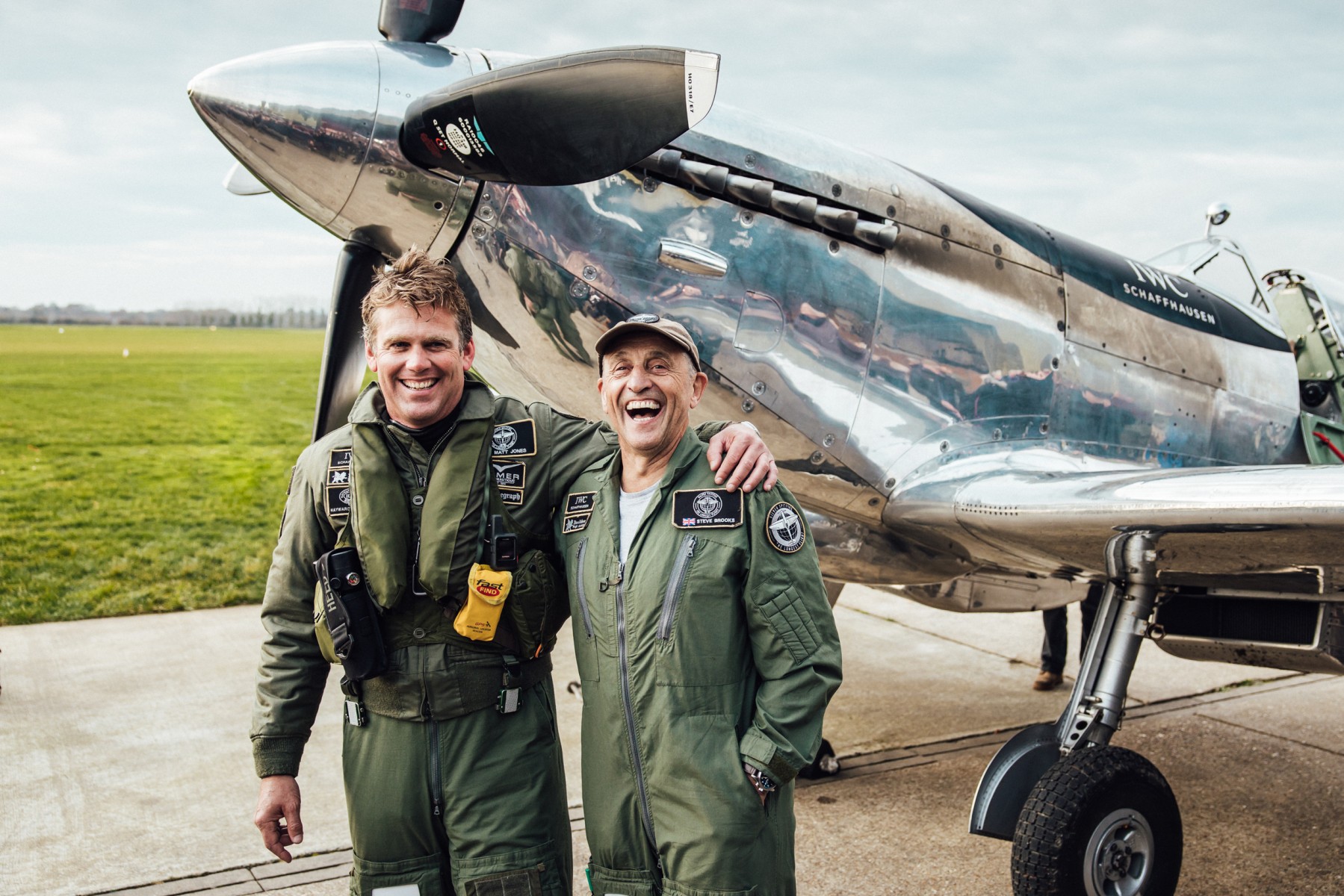 IWC_SPITFIRE_HOMECOMING_2019
GOODWOOD, WEST SUSSEX, ENGLAND - DECEMBER 5: Pilots Steve Boultbee Brooks and Matt Jones have made aviation history after completing the first ever round-the-world flight in a Spitfire. Boultbee Brooks and Jones landed just in time for Christmas to a rapturous welcome at Goodwood on the 5th of December, four months after they set off on their epic expedition. (Photo by Christopher Busch for IWC).

Schaffhausen/Goodwood, 5 December 2019 – Pilots Steve Boultbee Brooks and Matt Jones have made aviation history after completing the first ever round-the-world flight in a Spitfire. Boultbee Brooks and Jones landed just in time for Christmas to a rapturous welcome at Goodwood on the 5th of December, exactly four months after they set off on their epic expedition.

Honoured to have been a main partner and official timekeeper of the expedition, IWC Schaffhausen wanted to celebrate the crew’s phenomenal achievement and arranged an intimate homecoming party at the airfield. Friends and family of the pilots, IWC management, and the entire support crew were all in attendance as the Spitfire landed. IWC brand ambassador David Coulthard also put in an appearance to welcome the daring duo back to the UK.

“It’s so wonderful to be back on home soil,” said Boultbee Brooks, co-founder of the Boultbee Flight Academy. “It’s been an incredible adventure and such a privilege to share our stunning Silver Spitfire with the rest of the world. Of course, there have been challenges along the way, but at every stop, we have received such incredible support from people on the ground. Everyone has greeted us and our aircraft with open arms.”

On its route around the world, the record-breaking flight covered a total of almost 43,000 kilometres and visited over 20 countries. After leaving Goodwood back in August, the 76 year-old restored aircraft journeyed across the icy expanse of Greenland, glided over the majesty of New York, before crossing the United States to reach Las Vegas and the California sun.

From there, the Spitfire flew north to Canada and Alaska, before heading westward into Russia. In Japan, the team had to dodge a typhoon before slowly making their way across Asia, from the humidity of Myanmar to the vibrant colours of India. After a brief rest in Abu Dhabi, the pilots made their way home to Europe, visiting Italy and the Netherlands, before finally landing back in the UK.

After taxiing from the Goodwood runway, the Spitfire pulled up in front of a hangar where it was greeted by a sea of smiling faces and congratulatory banners, all celebrating the historic feat.

“What a welcome!” said Chief Pilot Jones. “After such a whirlwind of a trip, it feels quite surreal to be back at Goodwood with our mission accomplished. The scenery, the places we’ve visited, the people we have met, have been truly life-changing. From flying past the Statue of Liberty to coasting over the frozen plains of Russia and the jungles of Asia, we have been lucky enough to see the earth in all its beauty, all whilst sitting in the most gorgeous Spitfire. It’s been an unforgettable experience.” 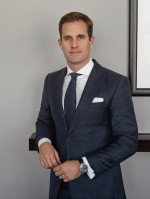 “Right from the very start of this adventure - when it was just an idea scribbled on some paper - IWC wanted to be involved. Following the expedition’s highs and lows has been remarkable and it has been fascinating to watch their journey progress. We are thrilled the crew has been able to accomplish exactly what they set out do and it has been such an honour, as a company, to play a part in making aviation history.”

As they journeyed through the different time zones, Boultbee Brooks and Jones wore the Pilot’s Watch Timezoner Spitfire Edition “The Longest Flight” (Ref. IW395501). Featuring a bezel which can be turned to set the time to a different zone, this special timepiece was the official watch of the expedition.

Boultbee Flight Academy is the world’s first Spitfire training school and approved Spitfire flight provider and is owned by British pilots Matt Jones and Steve Boultbee Brooks. Boultbee Flight Academy offers Spitfire experience flights and a ground-breaking Spitfire flight simulator to non-pilots and Spitfire training to certified pilots. Boultbee Flight Academy offers flights and experiences around the UK in an ever-expanding number of locations. Its headquarters is based at Goodwood Aerodrome, West Sussex; its proximity to the white cliffs of Beachy Head and the Needles means the Spitfire flying experience is conducted around one of the most iconic landscapes on the south coast of the United Kingdom. Matt Jones and Steve Boultbee Brooks have partnered with IWC Schaffhausen to bring to fruition their dream of flying an original Spitfire around the world in “Silver Spitfire – The Longest Flight”.

In 1868, the American watchmaker and entrepreneur Florentine Ariosto Jones travelled from Boston to Switzerland and founded the ‘International Watch Company’ in Schaffhausen. His visionary dream was to combine advanced American manufacturing methods with the craftsmanship of Swiss watchmakers to make the best pocket watches of his time. In doing so, he not only laid the foundation for IWC’s unique engineering approach but also established the centralised production of mechanical watches in Switzerland.

Over its 150 year history, IWC Schaffhausen has developed a reputation for creating functional complications, especially chronographs and calendars, which are ingenious, robust, and easy for customers to use. A pioneer in the use of titanium and ceramics, IWC today specialises in highly engineered technical watch cases manufactured from advanced materials, such as titanium-aluminide and Ceratanium®. Preferring the principle of “form follows function” over decoration, the Swiss watch manufacturer’s timeless creations embody their owners’ dreams and ambitions as they journey through life. IWC sources materials responsibly and takes action to minimise its impact on the environment, creating intrinsically sustainable timepieces that are built to last for generations. The company prides itself in training its own future watchmakers and engineers, as well as offering an excellent working environment for all employees. IWC also partners with organisations that work globally to support children and young people.