77 KILOMETRES IN HONOUR OF FABIAN CANCELLARA 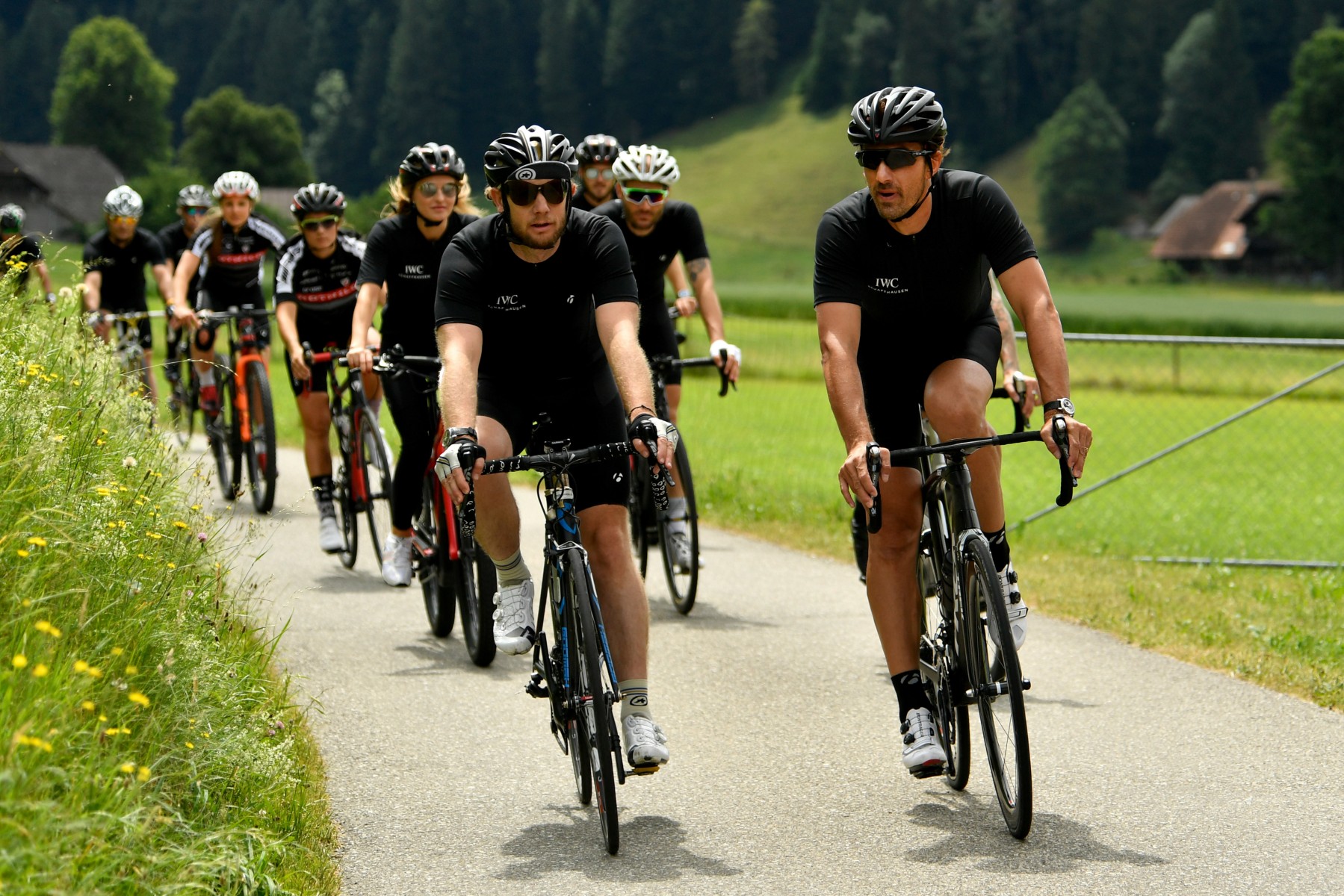 IWC_SPARTACUS RIDE_2017
BERN, SWITZERLAND – JUNE 28: Fabian Cancellara and Andrew Thomas celebrated the launch of the Ingenieur Chronograph Edition “Cancellara” at the IWC Spartacus-Ride. (Photo by The Image Gate for IWC)

Bern, 28 June 2017 – While his cycling career may have come to an end, two-time Olympic gold medallist Fabian Cancellara is still one of the most famous and popular sports personalities in Switzerland. IWC Schaffhausen is now honouring their brand ambassador with a limited-edition Ingenieur model. This IWC-manufactured chronograph features a glass back cover designed to resemble the wheel of a racing bike and, with its weather-resistant titanium case and rubber strap, is perfectly equipped to take on even the toughest of challenges. To mark the launch of the watch, 25 cycling enthusiasts were given the chance to go head-to-head with Fabian "Spartacus" Cancellara.

Two-time Olympic and four-time world champion in the individual time trial, three-time winner of the classic Paris– Roubaix and the Tour of Flanders, winner of the Tirreno Adriatico and the Tour de Suisse – these are just a few of the many titles that Fabian Cancellara, who hails from Bern, has won during his cycling career. He has twice been crowned Swiss Sports Personality of the Year, and became a member of the prestigious Laureus World Sports Academy in spring this year. "Fabian Cancellara is a living legend in the world of cycling and has a strong international presence. We are especially proud that such an outstanding athlete, who shares our values of excellence and precision, has been representing IWC as a brand ambassador since 2010," commented Christoph Grainger-Herr, CEO of IWC Schaffhausen.

The Schaffhausen watch manufacturer is now launching a special-edition Ingenieur timepiece in honour of the achievements of this exceptional sportsman, who is known among his fans as "Spartacus". The Ingenieur Chronograph Edition "Cancellara" (Ref. IW380704) is limited to 77 watches (7 is Fabian Cancellara’s favourite number). The watch is powered by the IWC-manufactured 69370-calibre movement with a bidirectional pawl-winding system and a 46-hour power reserve. The satin-finished case is made from titanium, a particularly light and robust material. The dial is silver-plated while the tachymeter scale and subdials are galvanized in black. Red elements on the hands provide an additional colourful highlight. The black embossed strap is made from a special type of rubber that is highly resistant to heat and the elements. A further highlight can be found on the rear side of the watch: the glass back cover provides a view of the 69370-calibre movement and is printed with a spoke design that is reminiscent of a racing bike. The limited-edition numbering underscores the exclusivity of this special model, available from the beginning of July 2017 in IWC boutiques.

IWC and Fabian Cancellara celebrated the launch of the Ingenieur Chronograph Edition "Cancellara" with a special bike tour. The Spartacus Ride route took participants along the legendary Swiss cyclist’s favourite 77 kilometres from Bern to Moosegg and through the Emmental back to Bern, with the number of kilometres representing the number of watches produced. On this bike tour, he was accompanied by 25 amateur cyclists who qualified for the race at one of two spinning events at Holmes Place in Zurich and Geneva.

77 KILOMETRES IN HONOUR OF FABIAN CANCELLARA