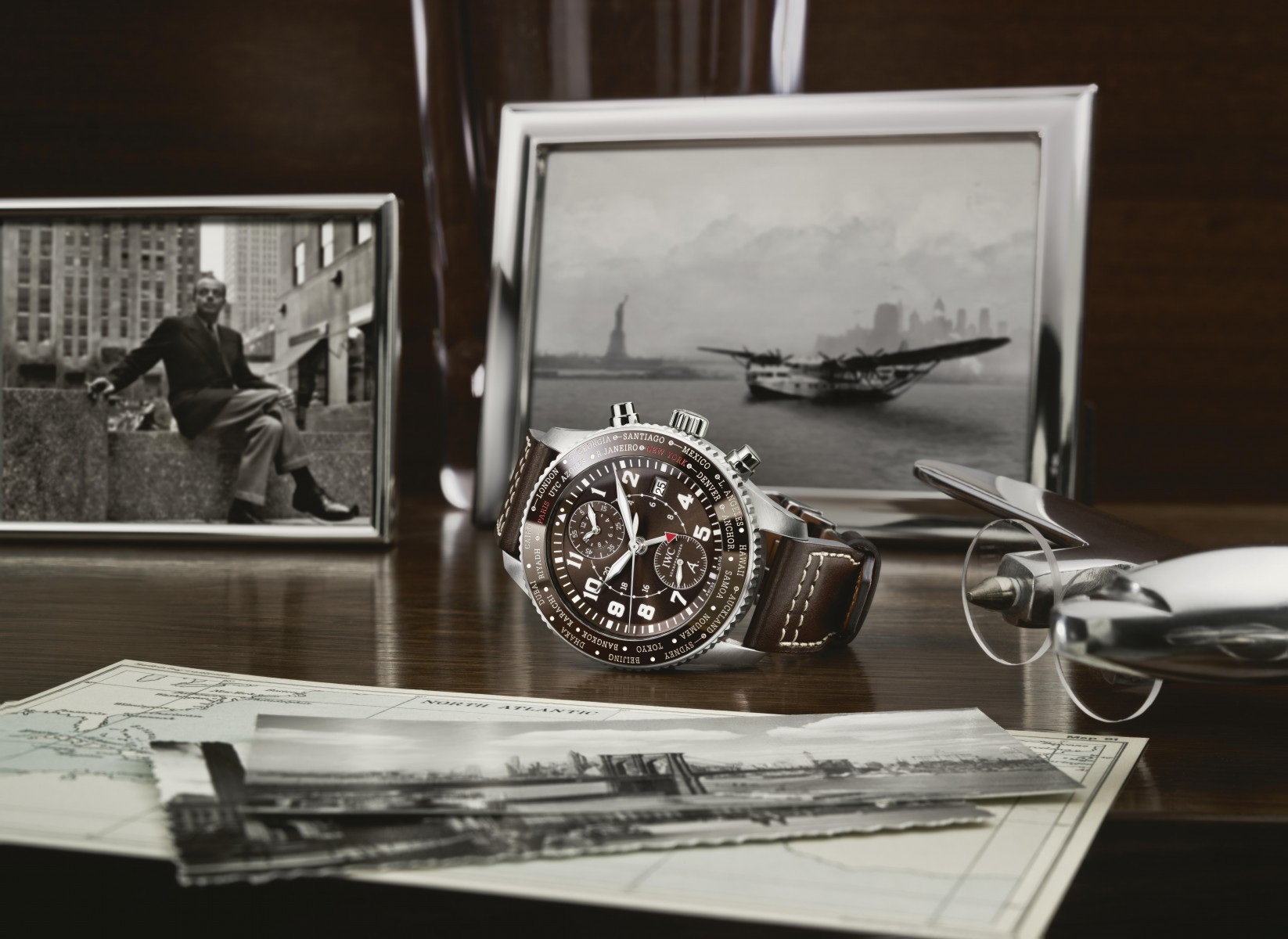 In addition to breaking records as a pilot, Antoine de Saint Exupéry made aviation history as a passenger too. Travelling onboard the Latécoère 521 “Lieutenant de Vaisseau Paris” in July 1939, the aviator and writer took part in the flying boat’s first nonstop crossing of the North Atlantic in just 28 hours and 27 minutes. Celebrating the anniversary of his involvement in this epic flight, IWC Schaffhausen’s exhibition showcases stunning photographs and other items from the period. As well as telling the story of Saint Exupéry’s journey aboard the luxuriously-equipped flying boat, the retrospective looks back on the exciting times the famous French aviator and writer spent in New York itself. While living there, he wrote his most famous literary work, “Le Petit Prince” (“The Little Prince”). Indeed, the Big Apple is so significant in his career that IWC and the Antoine de Saint Exupéry Youth Foundation, in partnership with the Latécoère Foundation, have published a new coffee table book on the subject. Lavishly designed, it will be on display at IWC Boutiques around the world.

At the anniversary exhibition in New York, IWC also officially launched the Pilot’s Watch Timezoner Chronograph Edition “80 Years Flight to New York” (Ref. IW395003). In a nod to the transatlantic flight itself, the timepiece features the patented timezoner function, which allows the wearer to adjust the time zone by simply pressing down and rotating the bezel. On the bezel made of brown ceramic, “Paris” and “New York” are marked in red. The sepia-brown dial is inspired by the pilot suits from the era of Saint Exupéry, and the case back features an engraving of the Latécoère 521. The watch is powered by the IWC-manufactured 89760 calibre and features a chronograph function that displays the stopped hours and minutes combined on a s ubdial at “12 o’clock”.

In recognition of it being the 80th anniversary of the flight, the new watch will be limited to just 80 pieces. IWC will donate the full proceeds from the sale of the first watch (piece “1 of 80”) to the Saint Exupéry Foundation, as it continues to support educational programmes for young people around the world.

The Antoine de Saint Exupéry Youth Foundation (www.fasej.org), operating under the aegis of the Fondation de France, celebrates its 10th anniversary this year. It was created by the family of the famed French writer and pilot and his admirers from across the literary, scientific and aerospace spheres. The Foundation honours Saint Exupéry’s memory and continues his work, by passing on his universal humanist values and broadcasting his messages of peace and solidarity, the challenge to better oneself and his pioneering approach to the environment, to the youngest members of the community, both in France and internationally. The Foundation is faithful to the spirit of the author and aviator when he encouraged us to build a society based on respect for our fellow human beings, cultural diversity, solidarity, fraternity, commitment and personal responsibility. Its philanthropic actions in the fields of education and culture, and its aim to combat illiteracy are undertaken to improve the daily lives of young people, helping them gain skills for a more successful future. By launching the first international writing competition that was kicked off from space by French astronaut Thomas Pesquet; by helping to build schools and libraries in developing countries; by developing tactile drawings in relief of the illustrations in “The Little Prince” for visually-impaired children with Professor Claude Garrandès; and by enabling ill and handicapped children to take to the skies, the Antoine de Saint Exupéry Youth Foundation is working to achieve its goal of perpetuating the legacy of Saint Exupéry by supporting concrete actions for youth in order to give them the skills of reflection, altruism and an enlightened civic conscience.

With a clear focus on technology and development, the Swiss watch manufacturer IWC Schaffhausen has been producing timepieces of lasting value since 1868. The company has gained an international reputation based on a passion for innovative solutions and technical ingenuity. One of the world’s leading brands in the luxury watch segment, IWC crafts masterpieces of Haute Horlogerie at their finest, combining supreme precision with exclusive design. As an ecologically and socially responsible company, IWC is committed to sustainable production, supports institutions around the globe in their work with children and young people, and maintains partnerships¨with organisations dedicated to environmental protection.